WHAT DO YOU ACCEPT AS TRUTH?

What do You Know Truly?

Last week, The Examined Life reviewed Socrates trial, his condemnation and death–all because he wouldn’t relinquish his convictions and values. He willingly gave his life to defend what he felt was true. This week, TEL will focus on a commonly misrepresented topic: The Spartans, or as they were more commonly referred to in antiquity: the Lacedaemonians. But because this name is the phonetic equivalent of trying to untangle a ball of yarn with a shovel, we’ll refer to them as Spartans.

When you think of the Spartans, what images come to mind? 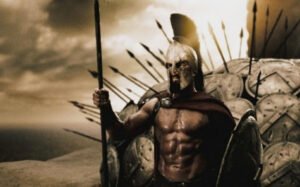 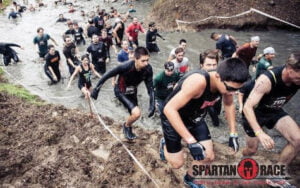 Although both images only bear a soupçon of the Spartan ethos, the essence is there; the Spartans were a society of badass, stolid, indomitable individuals.

What they weren’t however, was a society of warmongering, hypersexualized, occultic, nearly-primal, despotic jocks.

They were deeply religious, law-abiding, and life-contemplating. The Spartans had different values than their over-represented counterparts, the Athenians, but they were NOT less civilized. In fact, the Spartans regarded women as equal to men in integrity and importance in their society and honoured them considerably upon their death. (Spartan women who died during childbirth were given the same ceremonial burial as a great war-hero). The Athenians, on the other hand, said this about women:

Aristotle: ‘man is by nature superior to the female, and so the man should rule, and the woman should be ruled.

Demosthenes: “We keep hetaerae (essentially a courtesan) for the sake of pleasure, females slaves for our daily care and wives to give us legitimate children and to be the keepers of our households.”

Whereas Cleomenes, the king before Leonidas, would listen to his young daughter’s political advice, and considered it with the same dignity as that of his actual advisor’s!

His daughter was Gorgo, the woman who would come to rule Sparta alongside Leonidas. She’s also a great example of Spartan badassery.

If that’s not an antiquity burn, I don’t know what is.

Often the way our modern society has portrayed events from the past is so far from reality that we don’t even believe the actual truth.

Although the Spartans are seen as the uncivilized, badass, hyper-masculine men of ancient Greece, and the Athenians as the contemplative, civilized and innovative men, it was the Spartan men who seemed to uphold kind respect for their women, and the Athenians who embodied patriarchal misogyny.

Be careful in considering what you know truly and what you accept as truth, without having ever questioned it.