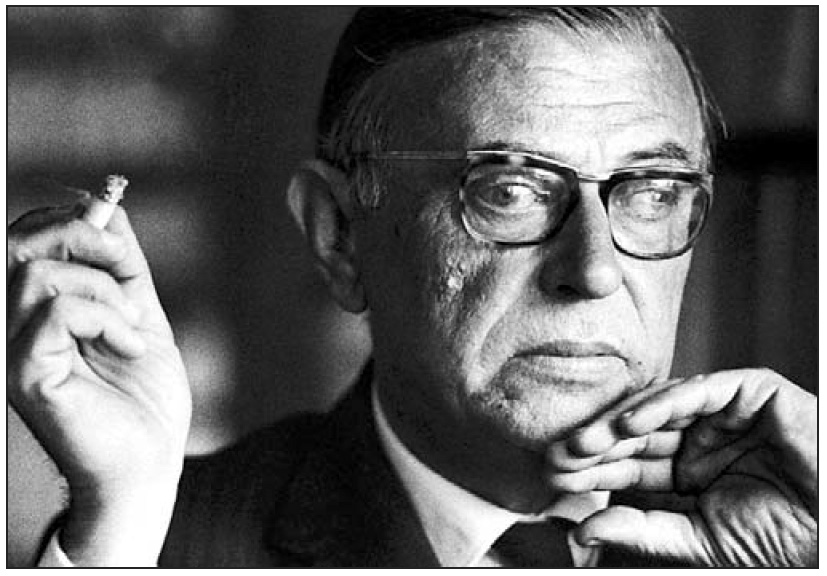 A word older than the english language itself. Translated literally from the original Ancient Greek, it means “love of knowledge.”

And that is what draws many to its vast pools of wisdom and the sprawling corridors of its schools of thought.

To most, that is what draws them to the wonderful and wild forest that is philosophy.

To me, however, I am drawn to philosophy for an entirely different but no less noble reason: the hotties.
I mean, just look at these sexy philosophers!

Ayn Rand, a babe amongst babes.

The Silver fox himself: Schopenhauer.

Who doesn’t love the ‘either recently dead or the face of death itself’ that Bertrand Russell Rocked?!

And the namesake of this journal, The Examined Life, Socrates himself was known in Athens for being exceptionally good-looking thanks to his snub-nose!

And the sexiest philosopher of them all: Sartre

Now of course, I have been entirely facetious this entire time…

Most philosophers look like they made a deal with the devil and exchanged their soul and part of their lifeforce for intelligence.

There is however, one famous exception to this club of homeliness: Camus:

Famous for his philosophy of absurdism which proclaimed that life is worth living and that the only way to truly enjoy it and to overcome nihilism is to devote yourself to love, friendship, passion, yearning, and doing whatever your lot in life is in the best way that you can. ​​​​He’s also famous for being the only philosopher ever who could actually get a date.

A beautiful dancer dated Sartre (really?), left him for Camus (understandable), then went BACK to Sartre! (what?!)

Her name was Wanda Kosakiewicz she was a student of the esteemed Simone de Beauvoir: a contemporary of Camus and Sartre who wrote most of her work in the early 1940s.

Sartre had agonized over this half-Russian dancer named Wanda for quite some time. She was an object of passion for the young philosopher and he couldn’t live to have her reject him

Wanda reportedly said that she found Sartre “repulsive,” but that he could “teach her something about the world…” and thus enjoyed spending time with him. As the attempted seduction continued, Wanda actually found Sartre quite fun to be around. He was an optimist, had a poet’s soul and found joy in the littlest things, like the reflection of streetlights in a puddle on the street.

Wanda began to grow to enjoy her relationship with him.

Until she met Camus.

Ironically, it was at the debut of Sartre’s play The Flies, that the two met and, much to Sartre’s chagrin (word of the day: great distress), Wanda quickly became interested in Camus.

Despite all of the time Sartre had put into this relationship, all of the humour, passion and wit he had brought, it seemed Wanda had found all of that and more with Camus.

According to contemporary sources, Camus was a natural depressive, and Wanda found that after some time, he was a pain to be around. Complaining, bitter and scornful, Camus was often overcome by melancholy.

Wanda became so fed up with Camus’ depressive temperament, that she left him, and begged Sartre to take her back, apologizing profusely to the lazy-eyed writer. He, of course, accepted her again without any hesitation, and they continued their relationship for quite some time.

The most unbelievable thing to me about this is that, even though Camus entire philosophy was about living life to the fullest and cultivating a better self, he could not practice what he preached.

Seriously, can you imagine how terrible this must have been:

And how amazing this must have been

To have chosen the latter over the former?